But the fact is that pain and itching are both common with Dupuytren disease. These charts show data is from chart review of over 3000 of my own Dupuytren contracture patients. 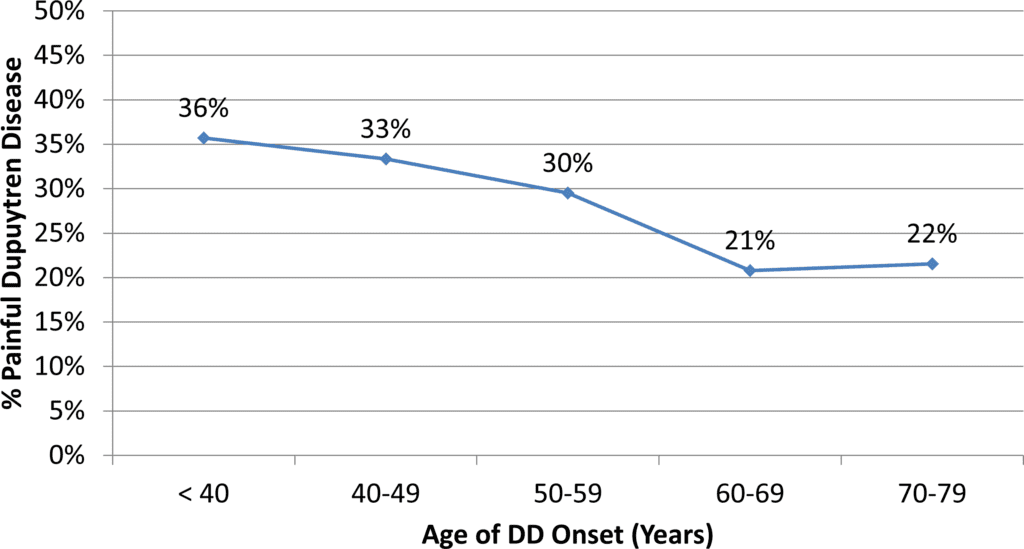 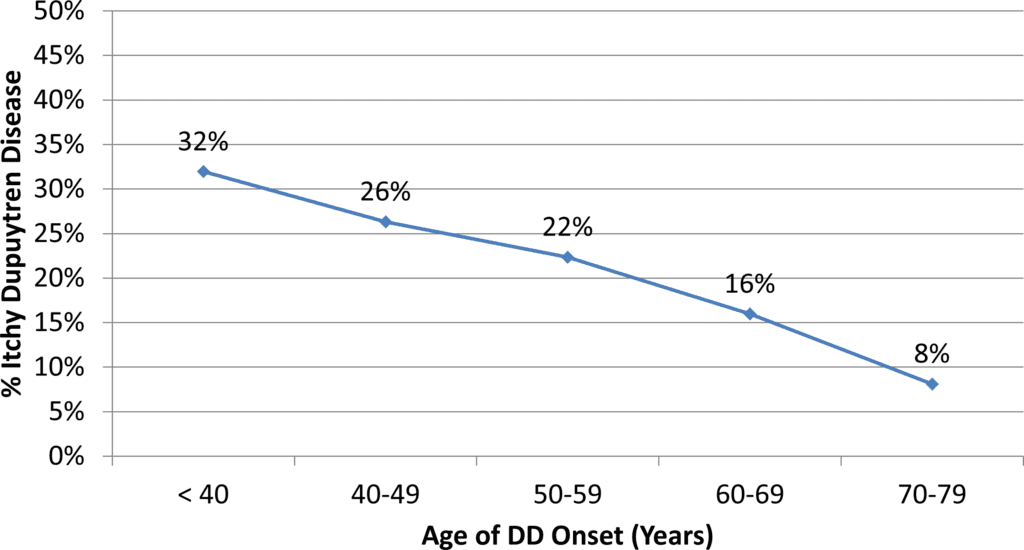 What’s the explanation? One hypothesis is that pain and itching are due to immune-related pathways, consistent with a growing body of information that specific immune abnormalities and fibrocytes play a role in some Dupuytren patients.

Fibrocytes are circulating white blood cells produced by bone marrow which have features of both immune cells in the bloodstream and fibroblasts in the tissues. In several fibrotic diseases – including Dupuytren disease – blood tests show abnormally high numbers of circulating fibrocytes.

This scenario changes the direction research needs to pursue. Using military metaphors, it may be that myofibroblasts are just the foot soldiers, nodules the local battles, cords the scarred battlefield after the battle. To find a cure, we don’t need to kill all the soldiers and leave a trail of burned out battlefields. We just need to stop the responsible commander in chief, who is not necessarily even in the hand. We need to broaden the search beyond the hand (the war zone) to the bloodstream (the communication network), which is why the Dupuytren Foundation IDDB research project will be analyzing circulating immune biomarkers. These will help identify different Dupuytren subsets to define expectations, guide individualized treatment recommendations, develop ways to stop the process at its source, and eventually explain why pain is a real problem for some Dupuytren patients.